My grandmothers were both widows for most of my life, my aunts are widows and research tells me that my three daughters have a high percentage of being a widow someday. Have you ever stopped to think about the widows in your life? Who is helping them? How can you help them?

Widows have needs and often will not ask for help because they do not want to intrude on friends and family. They want to maintain their independence, but they do not know where to turn. After researching and learning about the situation of widows in our country, we felt led to start this ministry in Bryan County. We have the support of our families, volunteers from the community and a Board of Directors who all have a heart for the Lord and a passion for this ministry.

Ruth Ann has been widowed two times. She misses her husbands and looks forward to reuniting with them someday in eternity.

Ruth Ann participates in the monthly luncheons and enjoys the fellowship and fun we have while getting to know other widows in our community.

Ruth Ann shares this with other widows: 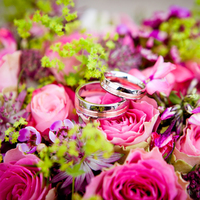 Rhonda Richards is a lifetime resident of Southeastern Oklahoma. Rhonda attended Caddo schools and then Southeastern Oklahoma State University. After college, marriage and the birth of three adorable little girls, she returned to work as a college professor and currently teaches accounting at SOSU. The girls are grown and living around Oklahoma and Texas and working as a teacher/coach, Air Force pilot and soon to be nurse. Rhonda is a member of First Baptist Church of Durant. She enjoys spending time with her family, traveling, cooking, reading good books and working in the widows ministry. Rhonda's passion for the widows ministry is evident in her love for the widows and widowers and the blessings of serving them.

Gay Cunningham has been a resident of Durant, OK for the past 42 years. She and her husband Jim came to Durant for him to teach at SOSU. Jim retired 6 years ago after teaching 36 years. Gay was the librarian at Washington Irving Elementary for 19 years. She retired after being in education for 30 years. The Cunningham's have one son who lives in Ada, OK with his wife Jennifer and their two sons. Kevin has been an optometrist in Ada for 27 years. Jim and Gay are charter members of Fusion Bible Church. During the past 42 years they have been involved in a number of civic clubs and organizations.
Gay has always had a focus on helping others have a better quality of life.
That is why she has served on several Boards which include Pregnancy Center of Bryan Co, New Life House and Families Feeding Families. She served for many years as Chairman of the Board at Kings Daughters and Sons Nursing Home. Under His Wings will be a perfect fit for her focus. This ministry will reach widows who need to have their social, physical and emotional needs met. We look forward to serving our widows and helping them to realize how special they are.

Judy Polson grew up in Sulphur Springs, Texas and married her high school sweetheart, Jerry Polson and they left for Auburn University to do graduate work! Three years later they moved to Durant, Oklahoma to teach at Southeastern Oklahoma State University for one year but are here forty-nine years later! Judy taught English briefly there until the birth of their two sons, one previously a coach/counselor/teacher and now into ranching and the other a pastor, both in Texas. She is GiGi to two beautiful grandchildren. Judy has had the opportunity to volunteer in numerous ministry areas several involving ministry to widows and looks forward to being a part of this new venture, Under His Wings!

Pam Buntz has been an Oklahoman since 1972 and has been a resident of Durant for nearly 34 years. She was born and raised in Hamilton, Montana. After graduating from high school she earned her degree in elementary education from Southern Nazarene University in Bethany Oklahoma. She began her teaching career in Bethany, Oklahoma. She also taught in Edmond and Durant Public Schools.Pam married her husband, Paul, in 1976 and they have 2 sons and one grandson. She is a member of First Baptist Church and has enjoyed volunteering at the Pregnancy Center of Bryan County and assisting her husband in serving widows and other single ladies in the First Baptist Church Barnabas Ministry.Her hobbies include reading, traveling, and spending time with her family. Pam has a passion for serving others and seeing that the needs of widows are met through the Stand in the Gap ministry of FBC.

Ray Richards is a long-time resident of Southeastern Oklahoma. Ray moved to Durant in 1989 to coach football at Southeastern Oklahoma State University and met his wife and decided to stay in Oklahoma. After 25 years of college football, Ray recently decided to move to high school football and is coaching at Durant High School. Ray is a member of First Baptist Church in Durant. His hobbies include spending time with his family, traveling, fishing and spending time outdoors. His passion for the widows and widowers ministry is evident and he enjoys helping with the banquets and field trips. He is especially good at mowing lawns!